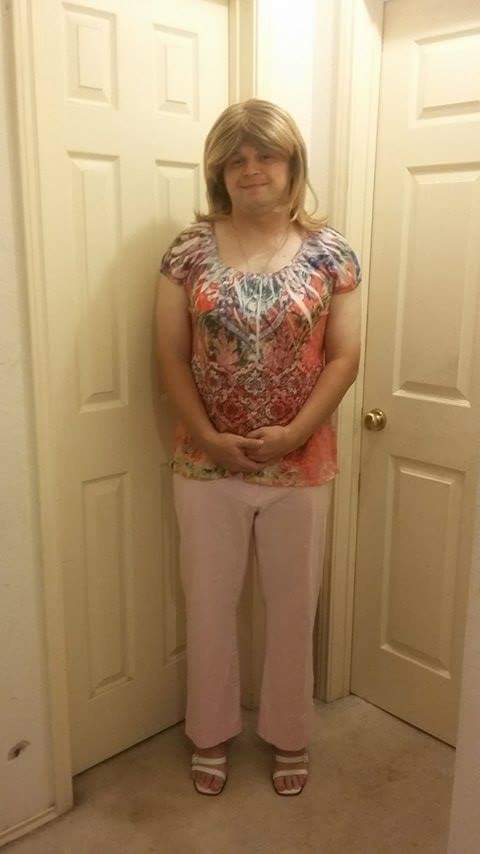 Picking of a Name

I chose the name Maddison because I simply love that name. Maddie for short. I am a gamer and it is a name I have always used when creating my characters. I always create and play as a female. Even whend I play tabletop rpgs. And I chose Wright because I feel right. So therefore I am Maddison Wright.
Posted by Unknown at 11:41 AM 2 comments:

The early years
Growing up i always felt like i wasnt who i was supposed to be. I have two sisters close to me in age. I always enjoyed playing dress up in there clothes. My parents always wrote it off as a stage in life i would grow out of. Which i never did. At almost thirteen years of age my mother not knowing how to deal with it anymore and my step father not wanting to deal with it sent me to live with my father. He at this time was with another woman who had two daughters before him and a son and daughter together. Needless to say this didnt stop it only made it escalate. They took me to psychiatrists and therapists to as they put it "fix me". By this time i was now way into puberty and having dreams of the erotic kind as all young boys do, but mine were as me as a female not male. The doctors could not fix me. Living with them was not easy. I look back now and know i put a lot of strain on their relationship. At sixteen i was no longer living with either parent.

Out on my own
I lived with roommates mostly and lots of times was homeless. During that time i explored my sexuality and was with both men and women. Most of the time not being comfortable with either. The only time i was comfortable during sex was when there was also a strong emotional connection.  Still dressing in womens clothing more in the privacy of my own bedroom and very seldom in public. Life was never easy. It is during this time kid #1 was born. I look back on this time now and with better memories and feel i was living as society expected a man to live. Having girlfriends and jobs and all the other things expected of a young man in his late teens early twenties. Still not happy with me on the inside or out.

Catching up.
Over the past ten years i have come to not care what people think of who i am. I want to be happy with me. I met an awesome woman with whom i am extremely happy. I have taken on one of her kids and raising him as my own. Kid #2. We together have had one. Kid #3. All the while still dressing up but hiding it well something i became very good at. Now living my life clean and sober i have realized that all along its not that i was unhappy with myself but that i was ignoring who i was. I believe i was doing this because i had to get by in society. In the past few weeks i have discovered that all along i feel that im a woman more than i am a man. I have came out to my wife and a very select few people in my life. Those that matter and i feel would understand.

The future
I have at this moment every intention of transitioning into and living my life as a woman. My wife assures me that this will not break us up as she loves me for who i am and wants me to be happy with myself. I will be seeing a therapist to help me with the changes and my wife and i will be going to couples counseling  so this doesnt hurt our relationship. I have also built myself an absolutely awesome support group. One of those people being someone who has gone through what i am already. That knowledge and experience is something that i know will help help me in my journey to becoming me.

So as someone close to me likes to say since time machines have not been invented we cannot change the past or control the future. I am living in the here and now but no that as long as i stay true to myself i will be okay.

Always with love
Maddie Wright
Posted by Unknown at 10:46 PM No comments:

Introducing me to the world

Hi my name is Maddison, Maddie for short. I am a 34 year old transgender. I was born male but am female. I have lived the first almost 35 years of my life as a man but will finish it out living as a woman.

As i understand that there is a lot of backlash given to the transgender community right now the safety and privacy of my loved ones is very important to me. I will not ever list names.

This blog is to give me a place to put out there in the world how i feel and what i am going through in the process of transitioning from man to woman.
Posted by Unknown at 9:35 PM 2 comments:

I'm a 34 year old trans woman who is just trying to find herself in the world.